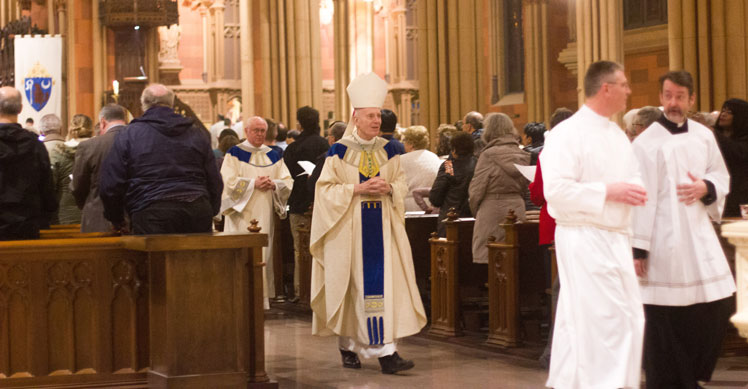 The Most Rev. Howard J. Hubbard was born October 31, 1938, in Troy, N.Y. He attended St. Patrick’s School and La Salle Institute, both in Troy, and entered Mater Christi Minor Seminary in Albany in 1956. He furthered his studies at St. Joseph’s Seminary, Dunwoodie, where he earned his college degree in philosophy. He continued his studies for the priesthood at the Pontifical Gregorian University in Rome and was ordained a priest of the Diocese of Albany on December 18, 1963, at the Church of St. Ignatius in Rome. He later did post graduate studies in social services at the Catholic University of America in Washington, D.C.

During his early priesthood, then-Father Hubbard served as Associate Pastor of St. Joseph’s Church in Schenectady and the Cathedral of the Immaculate Conception in Albany, as well as serving as chaplain for the Kenwood Convent of the Sacred Heart in Albany. He was known as a ‘street priest’ who walked the South End finding apartments for people with no place to go, collecting food donations for the hungry, and driving people with addictions to detox. During that time, he founded Providence House and Hope House, one a storefront crisis intervention center, and the other a residential recovery program for adults and teens struggling with addictions. He served as the founding president of LIVCORP, a program providing group homes for those with developmental disabilities and was president of Albany’s Urban League. He also served on numerous diocesan committees and boards, including the Commission for Ecumenical and Interreligious Affairs. He was Vicar General of the Diocese of Albany from 1976 to 1977, and during that same time was elected by the Board of Consultors as administrator of the Diocese.

On February 1, 1977, he was appointed as the ninth Bishop of Albany by Pope Paul VI, making him the youngest bishop in the United States at that time; he was 38 years old. He was ordained to the episcopacy on March 27, 1977, at Siena College in Loudonville, N.Y.

During his tenure as Bishop of Albany, he was appointed to numerous committees of the U.S. Conference of Catholic Bishops, including Chair of committees on Human Values, and Marriage and the Family Life, the Catholic Campaign for Human Development and International Justice and Peace. In 1983, he was appointed to the Vatican’s Secretariat for Non-Believers by Pope John Paul II. Over the course of his episcopacy, Bishop Hubbard authored two pastoral letters — “We are His People” and “We are God’s Priestly People” and wrote two books, Bread Broken and Fulfilling the Vision. His lifelong commitment to serving the poor and vulnerable and those on the margins of society are evidenced by his many efforts on their behalf. He served as president of New Yorkers Against the Death Penalty, sued to prevent an abortion clinic from opening in Albany, and led a historic Palm Sunday reconciliation service between Christians and Jews in 1986. He also served as Episcopal Liason to the Catholic Aids Network and the National Council for Pastoral Planning and Council Development. During the entire length of his time as Bishop of Albany, he served as chairman of the Public Policy Committee of the New York State Catholic Conference, and as a member of the Conference’s Executive Committee.

Bishop Hubbard submitted his letter of resignation to Pope Francis when he reached the age of 75, as required, and on February 11, 2014, the Vatican announced that Pope Francis had accepted his resignation. At the time of his retirement, Bishop Hubbard’s 37 years as Bishop marked the longest tenure of any Bishop in the history of the Roman Catholic Diocese of Albany. 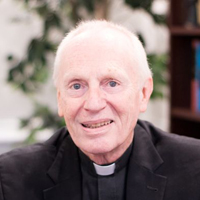