Bishop Edward B. Scharfenberger has announced the following administrative appointment: 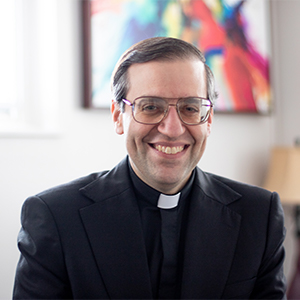 Father Frisoni also currently serves as the interim priest at two Schenectady parishes: Our Lady of Mount Carmel and St Paul the Apostle. Ordained in 2005, his first assignment was to Immaculate Heart of Mary parish in Green Island and Watervliet. He later went on to serve as pastor of St. Peter’s in Delhi and St. John the Baptist in Walton. Since 2013, he has served as a Judge of the Tribunal of the Diocese of Albany.

The Bishop is the Chief Judge in his Diocese. He exercises judicial power either personally or through the Judicial Vicar, who constitutes one Tribunal with the diocesan Bishop. The Tribunal resolves judicial conflicts in the Catholic Church. In recent years, the ministry of the Tribunal has promoted justice and a path toward healing for those who have experienced the painful breakdown of their marriages.