Deacons Samuel Bellafiore, Kyle Eads and Michael Melanson will be ordained to the priesthood for the Roman Catholic Diocese of Albany by Bishop Edward B. Scharfenberger at a Mass and Rite of Ordination at the Cathedral of the Immaculate Conception in Albany on Saturday, June 15, at 11 a.m. 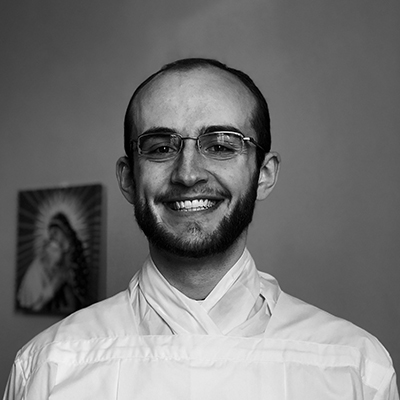 Deacon Bellafiore’s journey to the priesthood began in second grade, but it wasn't until late in high school, during moments of prayers in his school chapel, that a feeling of peace began accompanying thoughts of the priesthood. As Deacon Bellafiore described it, "I tried to run from God but he always ran faster. It slowly dawned on me that he was so much better than anything I could find on my own." That peace accompanied him as a parishioner at St. Vincent de Paul Church, Albany, through his years studying philosophy and vocal performance at the University of Notre Dame, his work with high school students, and his experience living in a L’Arche community (an ecumenical Christian community where people with and without disabilities live together as peers). His ever-growing desire to “serve God and his people” eventually brought him to the St. Joseph’s Seminary, Dunwoodie, in Yonkers, New York, where he received a Master of Divinity as well as a Master of Arts in Theology. 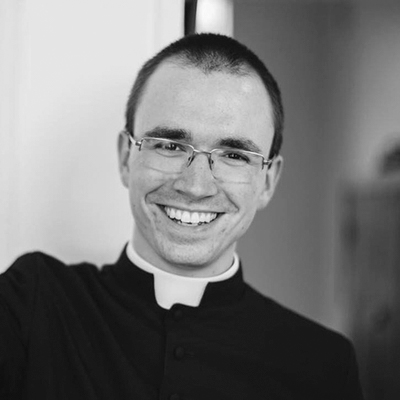 The oldest of 10 children, homeschooled Deacon Eads was drawn to the joy of the priesthood that he witnessed as an altar boy at Corpus Christi Church, Round Lake. Throughout high school, friends and family supported his growing desire for the priesthood, but as he began studies at Ave Maria University, doubts concerning his calling began to surface. After several years spent discerning marriage, he realized that the “call that I felt toward the priesthood — while very subtle — was not something that God was going to let me let go of.” His pursuit of the priesthood finally brought him peace, and he shared that, “with the loving guidance of the Holy Spirit and the intercession of Our Blessed Mother, I hope to lead as many as possible to the love and peace that God has prepared for us.” Deacon Eads received a Bachelor of Sacred Theology and Master of Divinity at St. Joseph’s Seminary, Dunwoodie. 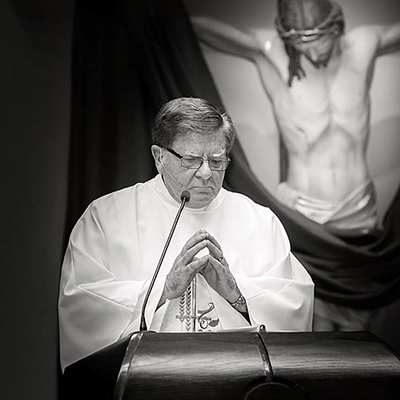 The thought of priesthood could not have been further from the mind of husband, father of three, grandfather of four and former rock-band lead guitarist, Deacon Michael Melanson. After losing his wife to breast cancer in 2017, however, the future looked uncertain. Bringing his sorrow to prayer, the Holy Spirit and his 26 years of experience as a permanent deacon at Church of Immaculate Conception, Glenville, drew Deacon Melanson to thoughts of the priesthood. He spent two years at the St. Isaac Jogues House of Formation and Pre-Seminary while continuing his graduate studies at St. Bernard’s School of Theology from which he holds a Master’s Degree in Pastoral Studies and Theology. Deacon Melanson described this new journey as being “nothing less than overwhelmingly wonderful.”

Video: "God Bless Our Three New Priests" - Fathers Sam Bellafiore, Kyle Eads and Michael Melanson. Thank you for responding "yes" to our Lord's call. Our prayers are with you.