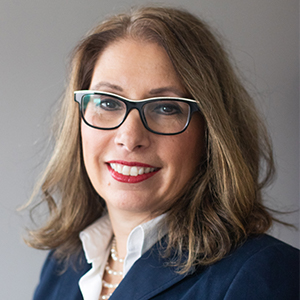 Nancy Spadaro Bielawa, a seasoned fundraising and development professional known for her work at Siena College, Girl Scouts of Northeastern New York and The Albany Academies, has been appointed Executive Director of the Office of Stewardship and Development for the Roman Catholic Diocese of Albany. In addition, Bielawa will serve as Executive Director of The Foundation of the Roman Catholic Diocese of Albany, and of the Re-Igniting Our Faith Foundation, which is in the midst of a major campaign. Bielawa succeeds Thomas Prindle, who headed the office for the past decade until his retirement at the end of 2019.

A lifetime resident of the Capital Region, Bielawa graduated from Boston College with a degree in political science and has spent more than 20 years in fundraising and development roles, from annual giving and major gifts to planned giving, special events and stewardship, working for both corporate and non-profit organizations.

Bielawa hit the ground running at the Diocese of Albany, where the 2019 annual Bishop’s Appeal is wrapping up its final phase and trying to reach its goal of $7.6 million. Meanwhile, the 2020 annual appeal, which funds all diocesan operations and supports schools, Catholic Charities, retired priests, vocations and more, is preparing to launch in April. As Executive Director of Re-Igniting Our Faith, she will be helping close to 50 parishes complete the major giving campaign designed to provide parishes with funds for everything from evangelization and faith formation to capital repairs and improvements.

“In this important role for the Roman Catholic Diocese of Albany, I look forward to introducing new programs and approaches to engage and connect donors to the important ministries of the Catholic Church for our 14-county area,” she said. “We can almost be considered a one-stop charity as RCDA serves the poor, the sick, children and the elderly, having tremendous impact on a comprehensive cross-section of  our communities.”

Before joining the Diocese of Albany, Bielawa was Loyal Donor Officer for The Nature Conservancy, Director of the Annual Fund for Siena College, Chief Development and Brand Officer for the Girl Scouts of Northeastern New York, Director of Annual Giving for The Albany Academies, Director of Marketing and Communications for the Downtown Albany Business Improvement District, among numerous other positions in the field.